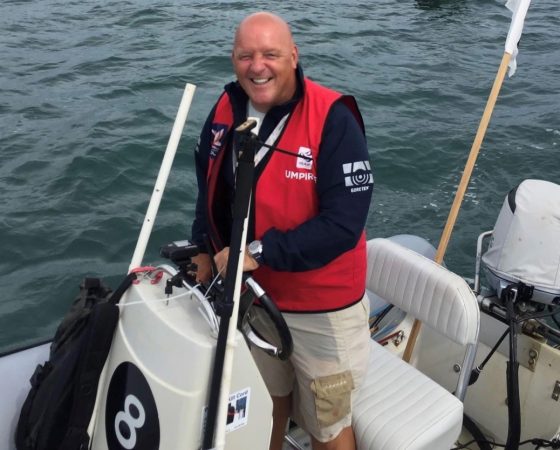 After a challenging year, Ballyholme Yacht Club is looking forward to better times in 2021 and no better way to start than with the news that our own Bill O’Hara has been made an OBE in the New Year’s Honours list.

Bill began his sailing career like so many at Ballyholme in a Cadet dinghy and went on to represent Ireland at two Olympics, racing a Finn at the Los Angeles games in 1982 and again in Seoul in ’86.

Since then, he has been involved at almost every level of the sport around the world.

He has attended eight of the last nine Olympics in one capacity or another and has played a pivotal role in five Volvo Ocean Races since 2005, the last four as Principal Race Officer.

The honour, however, still came out of the blue.

Back in Ballyholme, Bill can often be seen heading down for a sail in his signature look of wetsuit and bare feet and he admits that getting out on the bay in his Laser is a welcome contrast  to all of the above.

He is also known as an ambassador for sailing in Ireland and at Ballyholme in particular as a great way of building the sport.

“We have a fantastic set up here and I spend a lot of time trying to make people see that. The camaraderie and the facilities we have here are amazing.

For him, major events going right back to the ’79 Laser Europeans are key to making connections and encouraging people to look outside themselves.

It also helps bring on younger sailors and Bill was in no doubt about the health of youth sailing at BYC at the moment.

“It’s the volunteers like Disco and Aidan who make that happen. It’s incredible what they do and I’ve said to Aidan he’s more deserving of this [OBE} than me.”